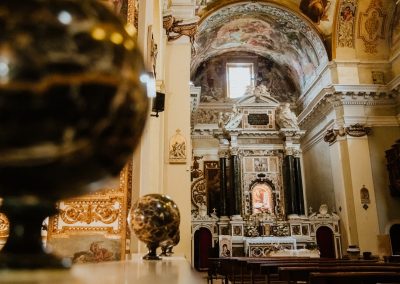 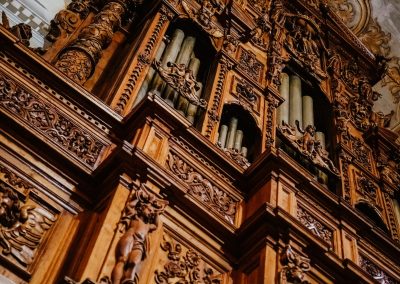 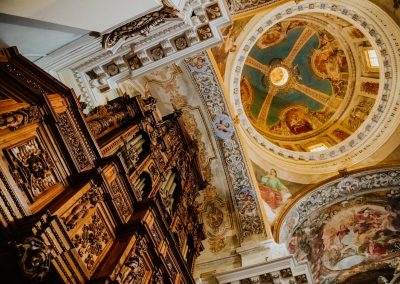 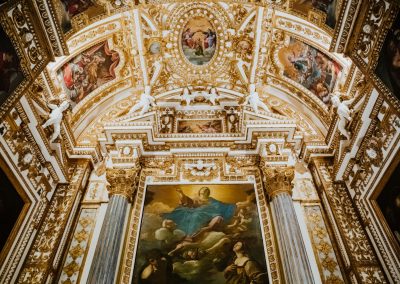 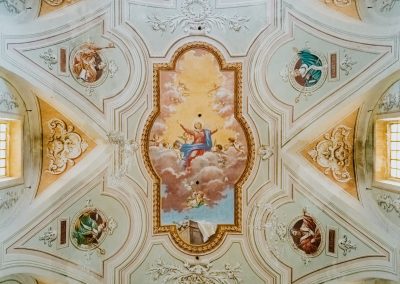 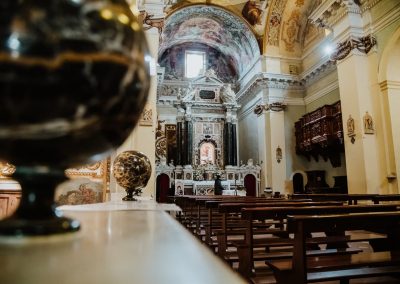 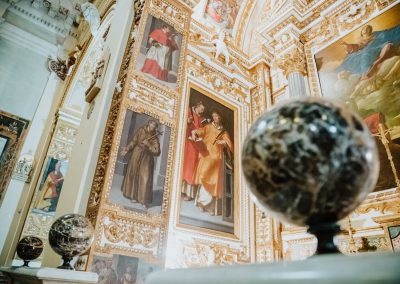 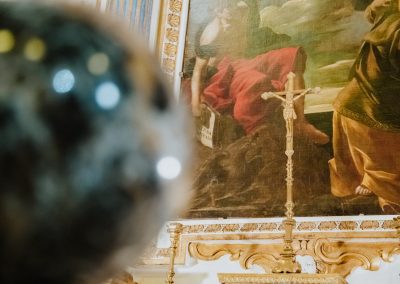 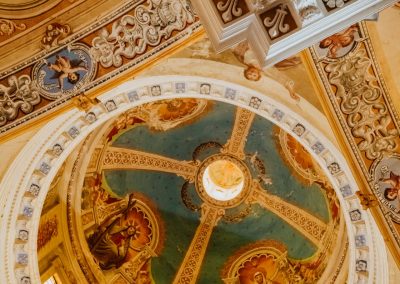 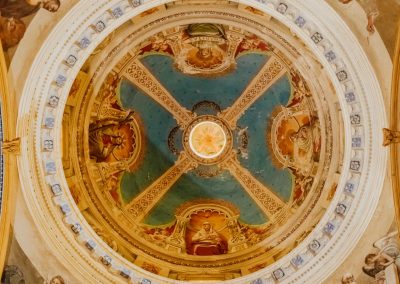 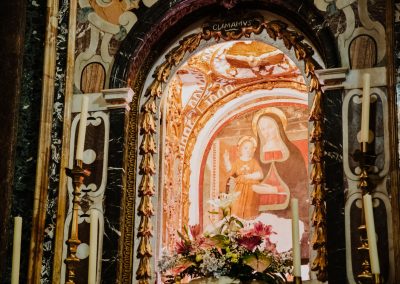 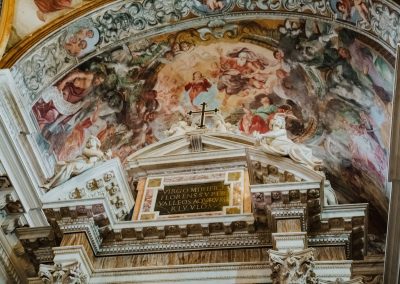 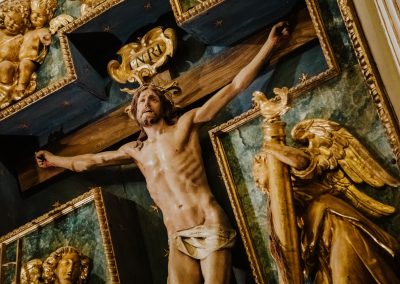 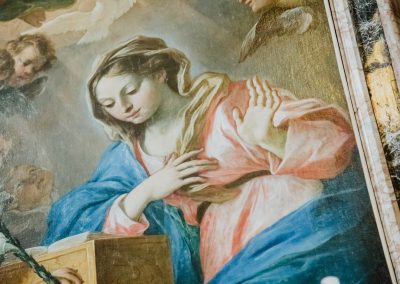 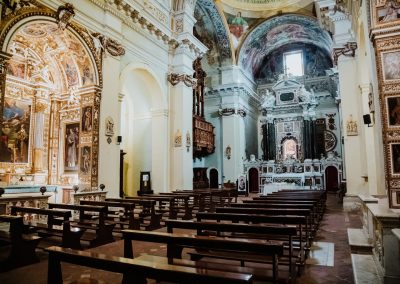 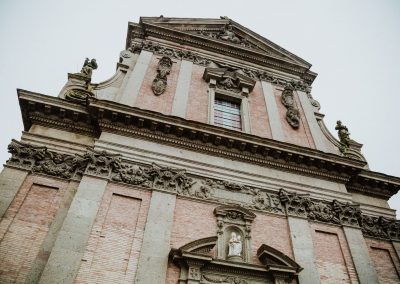 The building of the sanctuary began following the miraculous event of 5 July 1604 when a trickle of blood gushed from the lips of the Virgin depicted in a pre-existing chapel. Built with the offerings left by pilgrims, at the behest of the faithful and of Cardinal Odoardo Farnese, Vignola’s drawings were used, in a slender Baroque style with a strong Renaissance influence. Inside, in addition to the various seventeenth-century works of art, one of the largest Baroque organs in Italy is kept, played in 1707 by Handel. The temple is planimetrically facing, with incredible precision, towards St. Peter’s Square, in the Vatican. In 1991 the Madonna del Ruscello was awarded the title of Patron of the Blood Donors of Lazio.