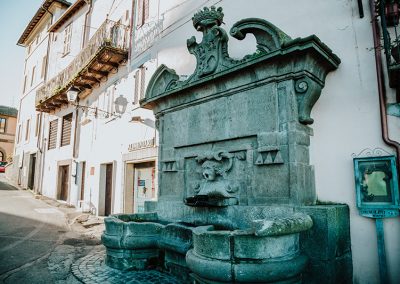 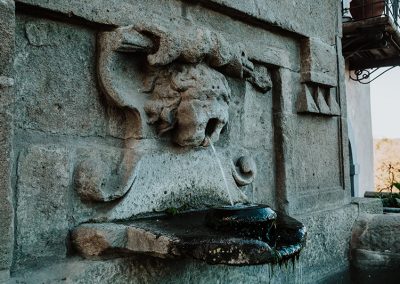 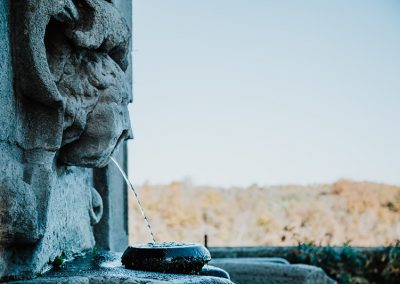 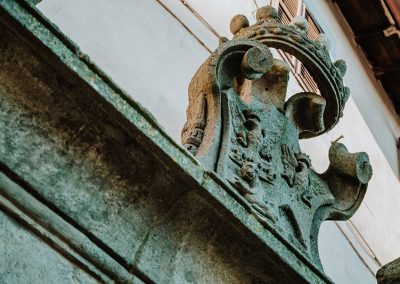 The fountain was created by Francesco Marescotti, son of Vicino Sforza, in 1673, at which time the owner of the Vignanello fiefdom was Cardinal Galeazzo Marescotti, who however left it in the hands of his brother Francesco. The fountain, according to the documents, had to be made of peperino stone, also in the rear, without a wall, which suggests that it was designed to be isolated. A difference between the designed and the realized version is relative to the emblem. The drawing shows the Marescotti coat of arms on the left and the Farnese coat of arms on the right, the first family to be in feud, with a branch of Latera, in Vignanello, while in the realization on the left the Marescotti coat of arms still appears, but on the right that of the wife’s house of Francesco, Girolama Bichi, suggesting that at the time of realization this family was predominant.