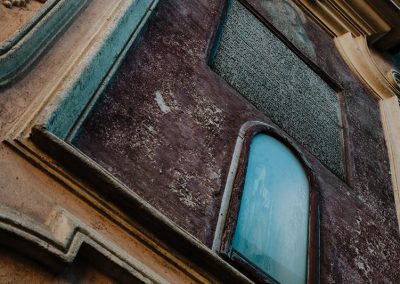 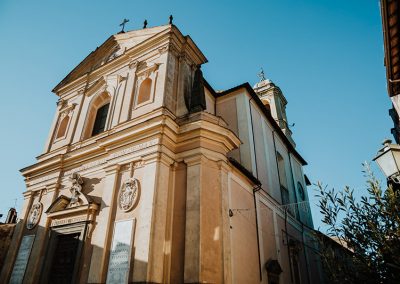 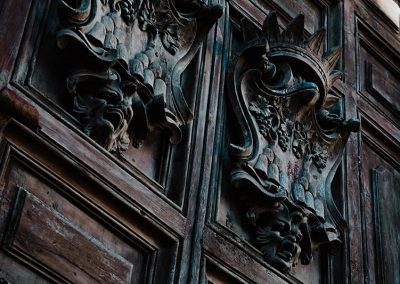 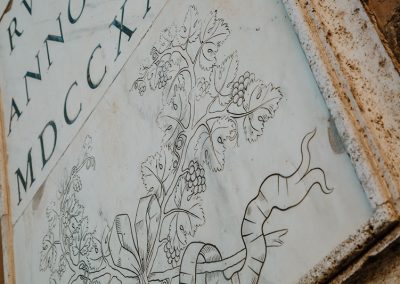 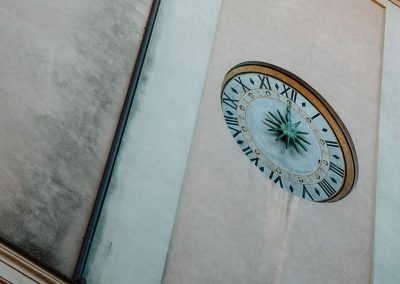 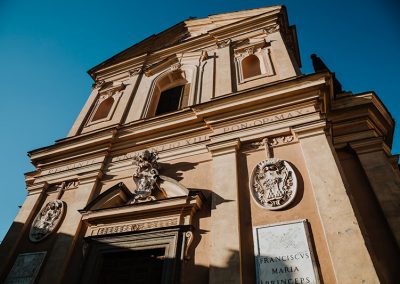 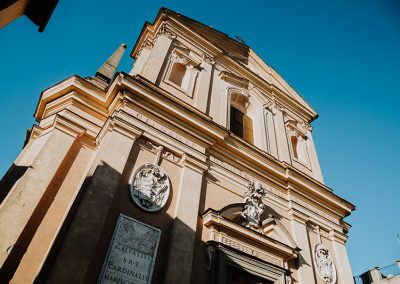 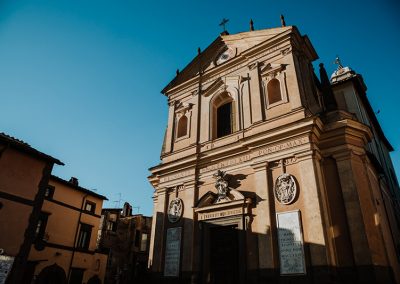 Built in 1723 by Francesco Maria Ruspali on a previous church, it was designed by Giovan Battista Contini and built under the direction of the architect Giovan Battista Gazzale. Consecrated in 1725 by Benedict XIII. The façade is characterized by superimposed Tuscan and Ionic order, the interior with a single hall is covered in barrel and in the apse, there is a precious Glory of angels, in gilded stucco, which contains a Madonna with Child by Annibale Carracci. It also preserves a table from 1495, which is not always possible to admire, by Giovan Francesco D’Avanzarano, known as the Fantastico, depicting the Madonna Orante on one side and the Christ sitting on clouds on the other.