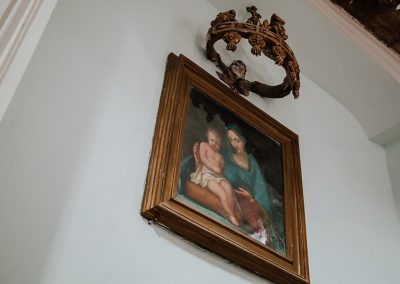 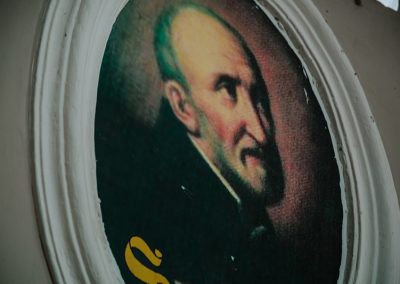 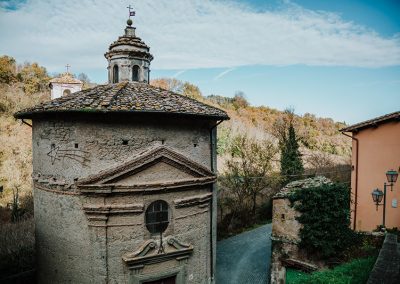 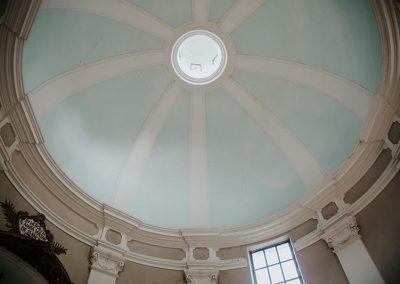 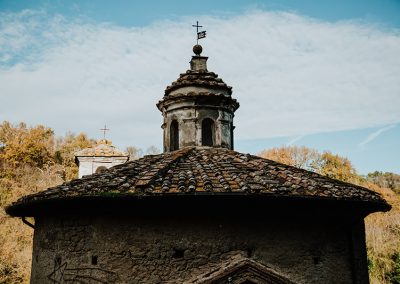 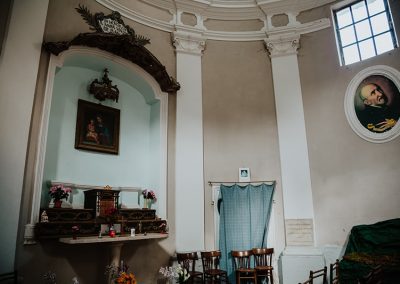 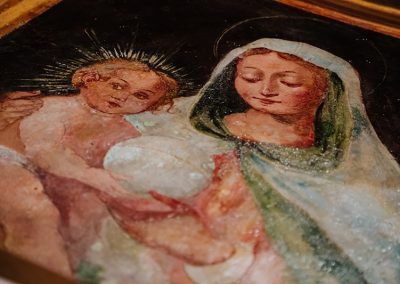 Domenico Annesi of Vignanello had the habit of having the image of the Madonna painted on the door of his properties and had one of them painted on a wall: the image of Holiest Mary in the act of crying with Son on the right. On May 19, 1757 there was a miracle, a man while going to visit the Madonna as usual, recovered his sight and, spreading the news, the people gathered in numbers and revived their devotion. The offerings of the Vignanellesi increased considerably and, long after, the construction of the church began. In 1782 the Congregation of the Madonna del Pianto was established and the image of the Madonna was turned inside the sacristy as can be seen today. On September 1, 1785, the congregation decided to celebrate the Feast of the Madonna del Pianto.