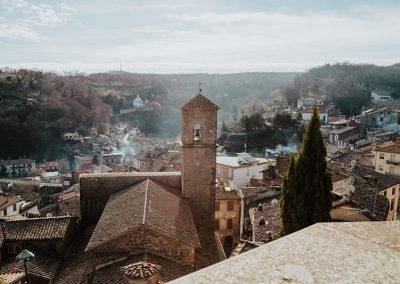 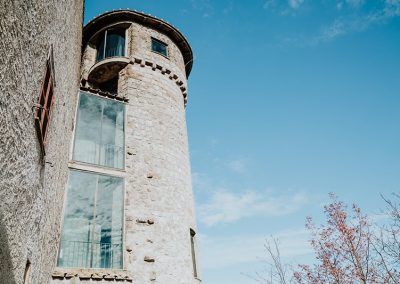 Built around the middle of the 11th century by the exponents of the Vico Family, the Anguillara Castle was built on a cliff that was inaccessible, to watch over with its eastern tower on the Tiber plain. Many were the domains of the castle, only in 1800 when the Anguillara family was in economic difficulty, a part of the castle was sold to private individuals and the remaining part was donated to the Rem-Picci family. In the early 1900s this last family also decided to split the other part into civil apartments which are sold, and by donating the eastern tower to the Municipality of Canepina, which has set up a museum of flora and fauna.

On the entrance square of the castle, where it is clearly hypothesized, there was once the drawbridge, there still is a pulpit from where it is said, St. Bernardino of Siena preached.